What was the scientific/clinical rationale for designing and conducting this study?

I’ve been using hydrophilic implants for the last 15-16 years, and I’ve come to appreciate the benefits of it.  I have come to appreciate the edge that it has given me as a clinician and, of course, my patients as well.  So, I see the benefits of it. And then in recent years, some more hydrophilic implants have been introduced to the market, and each manufacturer always claims that their product is the best, outperforming the other product. So the interest here was to see what else is on the market and how comparable are these? Have there been developments in the last 16 years that the newer products are better than what we are using? And that was the rationale behind the study, but also very personal interest to see, given that hydrophilic implant has worked very well in our patients with very aggressive treatment protocols.  We were keen to see if there is anything better out there. And if there isn’t, how comparable are these implants?

What was the key challenge while designing the study?

Every implant manufacturer has differences in their implant system – implant geometry, implant surface, and how they have been made hydrophilic. So the biggest challenge was to make it a pretty fair comparison where we would reduce the number of variables. So trying to simulate the implant design as in the geometry and then also trying  to create  SLActive surface on that geometry was the biggest challenge. But I think we’ve done a good job with this one,

What were the main parameters used in this study?

We didn’t want to reinvent the wheel. There’s a famous, well-established Frank Schwartz study from 2008 using the acute Dehancese defect, where Frank compared the hydrophobic SLA implant surface with a hydrophilic SLActive implant surface. So we just wanted to replicate the same model for two reasons. One, it is an established protocol, and two, it allows us to compare our results to Frank’s. So we just copied that. The only difference was that we used a mini pig model, whereas Frank’s Study was a canine model.

Please describe the main results of the study.

The results were very interesting and something that I did not expect, to be honest, because we were keen to see the effect of the variation in the surface roughness in the NGA implant. But in hindsight and looking at the results, it suddenly doesn’t seem like a surprise because it has always been known that surface roughness has a role to play with regards to the bone apposition.

As far as the results are concerned, both at two weeks and eight weeks, it is quite obvious that the surface chemistry and the way the SLActive has been made hydrophilic certainly seem to be producing much better results in terms of all the parameters that we tested in the acute dehiscence defect. There was one interesting thing we noted in the acute dehiscence defect at two weeks and eight weeks. After two weeks, the bone around the NGA in the coronal 2 mm was always a lot more immature than the bone we saw on the SLActive surface, and after eight weeks, some bone developed in the coronal direction in the NGA, whereas there was significantly more bone, both quantitatively as well as qualitatively in SLActive surface.

What, in your opinion, is the main relevance of the study?

One always has to be cautious when you are trying to translate an animal study and translate it into a human. So while these results are very promising in terms of what is happening between the two different implant surfaces and the geometry, I would be very cautious to say this is exactly what’s going to happen in the human body as well.

So my guess is that we need to look at conducting a clinical trial where we encounter fenestrations and dehiscences everyday.  We have to study it more in humans and see whether the behavior is any different and whether the results can be replicated. 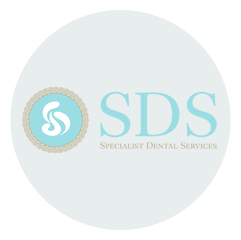 Narinder is a Specialist Periodontist based in private practice. She qualified from St. Bartholomew’s & The Royal London School of Medicine and Dentistry, Queen Mary, University of London in 2007. During her studies she was awarded the Harold Fink Prize for outstanding academic achievement.